A Sparrow in Terezin

Bound together across time, two women will discover a powerful connection through one survivor’s story of hope in the darkest days of a war-torn world.

In a novel set in World War II and present-day, two women will discover a powerful connection through one concentration camp survivor’s story of hope in the darkest days.

1942—Kája Makovsky narrowly escaped Nazi-occupied Prague in 1939 and was forced to leave behind her half-Jewish family. Now a reporter for The Daily Telegraph in England, Kája discovers the terror has followed her across the Channel in the shadowy form of the London Blitz. When she learns Jews are being exterminated by the thousands on the continent, she has no choice but to return to her mother city, risking her life to smuggle her family to freedom and peace.

Present Day—With the grand opening of her new art gallery and a fairy–tale wedding just around the corner, Sera James feels like she’s stumbled into a charmed life—until a brutal legal battle against fiancé William Hanover threatens to destroy their future before it even begins.

Now, after an eleventh-hour wedding ceremony and a callous arrest, William faces a decade in prison for a crime he never committed, and Sera must battle the scathing accusations that threaten her family and any hope for a future with the man she loves.

Connecting across a century through one little girl, a Holocaust survivor with a foot in each world, these two women will discover a kinship that springs even in the darkest of times. In this tale of hope and survival, Sera and Kája must cling to the faith that sustains them and fight to protect all they hold dear–even if it means placing their own futures on the line.

Praise for A Sparrow in Terezin

“Gorgeous and heartrending, a WWII story packed with romance, bravery and sacrifice, interwoven with a modern-day thread.” —Melissa Tagg

“Cambron’s detail to history shines as readers are transported seamlessly from the warm, sandy beaches of San Francisco’s coast to the frightening ambience of WWII Europe.” —Kate Breslin

“A testament to the past . . . to a time of both unfathomable loss and courageous sacrifice that we should honor in our hearts and minds.” —Beth K. Vogt, author of Somebody Like You

“This heart-wrenching sequel to Cambron's acclaimed debut, The Butterfly and the Violin, once again deftly interlaces dual plots and time lines between the present and World War II…. This second novel in the series has the drawings produced by the children of the Terezin concentration camp, and Cambron describes them in haunting detail. Fans of the author's first book will gravitate to this tale of the power of faith and love to cope with impossible situations, although the grim realities depicted cannot be ignored. A must for book groups and genocide studies teachers and students.” (starred review)

“The second installment of Cambron’s Hidden Masterpiece series is as stunning as the first. Though heartbreaking in many places, this novel never fails to show hope despite dire circumstances. God’s love shines even in the dark.” –4 1/2 star review, April Top Pick

KRISTY CAMBRON is an award-winning author of historical fiction, including her bestselling debut The Butterfly and the Violin, and an author of Bible studies, including the Verse Mapping series. She’s a passionate storyteller who travels to speak at events across the country, encouraging women to experience a deeper life in the Word through verse mapping. Her work has been named to Publishers Weekly Religion & Spirituality TOP 10, Library Journal Reviews’ Best Books, RT Reviewers’ Choice Awards, and received 2015 & 2017 INSPY Award nominations. Kristy holds a degree in Art History/Research Writing and has 15 years of experience in education and leadership development for a Fortune-100 Corporation, working with such companies as the Disney Institute, IBM/Kenexa, and Gallup. She lives in Indiana with her husband and three sons, and can probably be bribed with a coconut mocha latte and a good read. Visit Kristy online at kristycambron.com; Instagram: kristycambron; Twitter: @KCambronAuthor; Facebook: @KCambronAuthor; and Pinterest: Kristy Cambron. 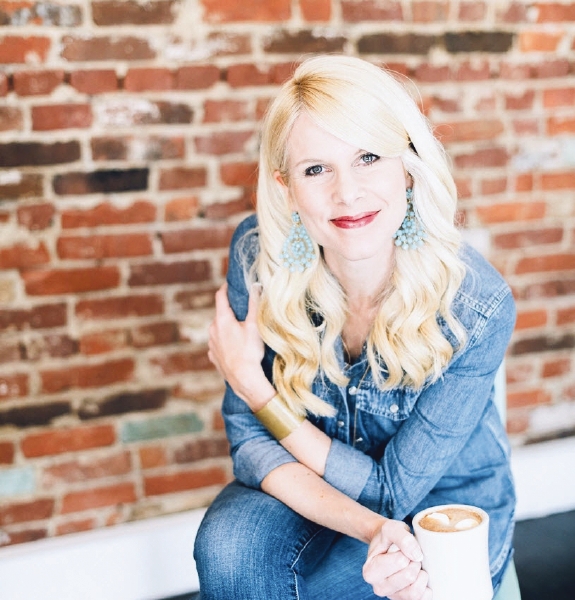