Order a copy from your preferred retailer!

Everybody, Always curriculum is now available!

In this five-session video study, bestselling author Bob Goff shares simple and practical steps to love everybody, always, the way Jesus did - including the "creepy people" who are difficult to love.

Church Source is currently offering a FREE download of the first session. Click the button below to check it out! 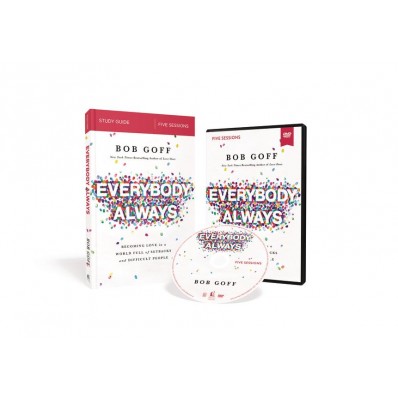 An exclusive edition of Everybody, Always is available for a limited time only at B&N.

This edition includes one copy of the book, an exclusive note from Bob, 2 bookmarks, and 3 post cards.

Only available while quantities last! 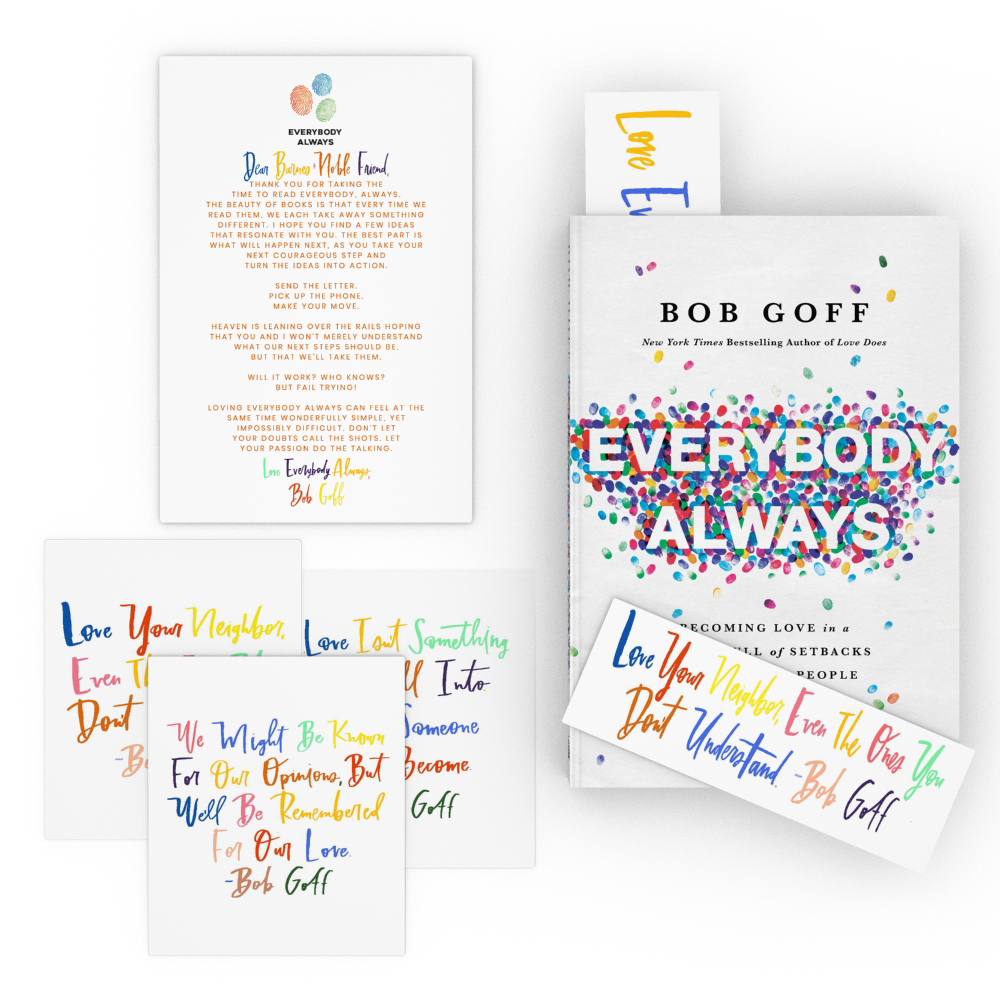 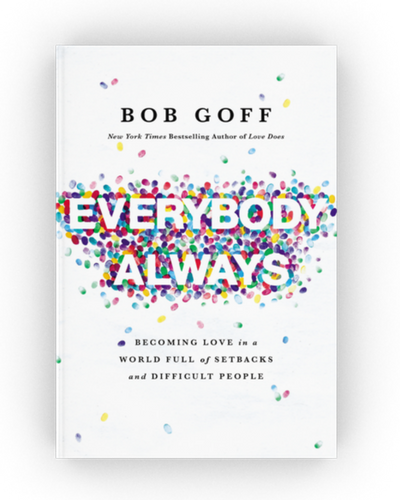 What happens when we stop worrying about a challenging world full of difficult people and instead simply love everybody? In the highly-anticipated follow-up to the bestselling phenomenon Love Does, Bob Goff takes readers on an entertaining, life-altering journey into the secret of living without fear, care, constraint, or worry.

When Love Does first appeared in 2012, Bob Goff was described as "the world’s best-kept secret." More than 800,000 copies later, he is no longer a secret. But Bob never stops surprising, and in Everybody, Always, his eagerly awaited follow-up to Love Does, he reveals what happens when we stop worrying about a challenging world full of difficult people and instead simply love them: we discover the outsized, unfettered, liberated existence we’ve always dreamed of.

Built around Bob’s hilarious and insightful storytelling, each chapter of Everybody, Always reveals a lesson Bob learned--often the hard way--about what it means to love without inhibition, insecurity, or restriction. From finding the exact right number of friends to discovering the upside of failure, Everybody, Always points the way to embodying love by doing the unexpected, the intimidating, the seemingly impossible. Whether he’s skydiving without shoes or befriending a Ugandan witch doctor, Bob steps into life with a no-limits embrace of others that is as infectious as it is extraordinarily ordinary. Everybody, Always reveals how you can do the same. 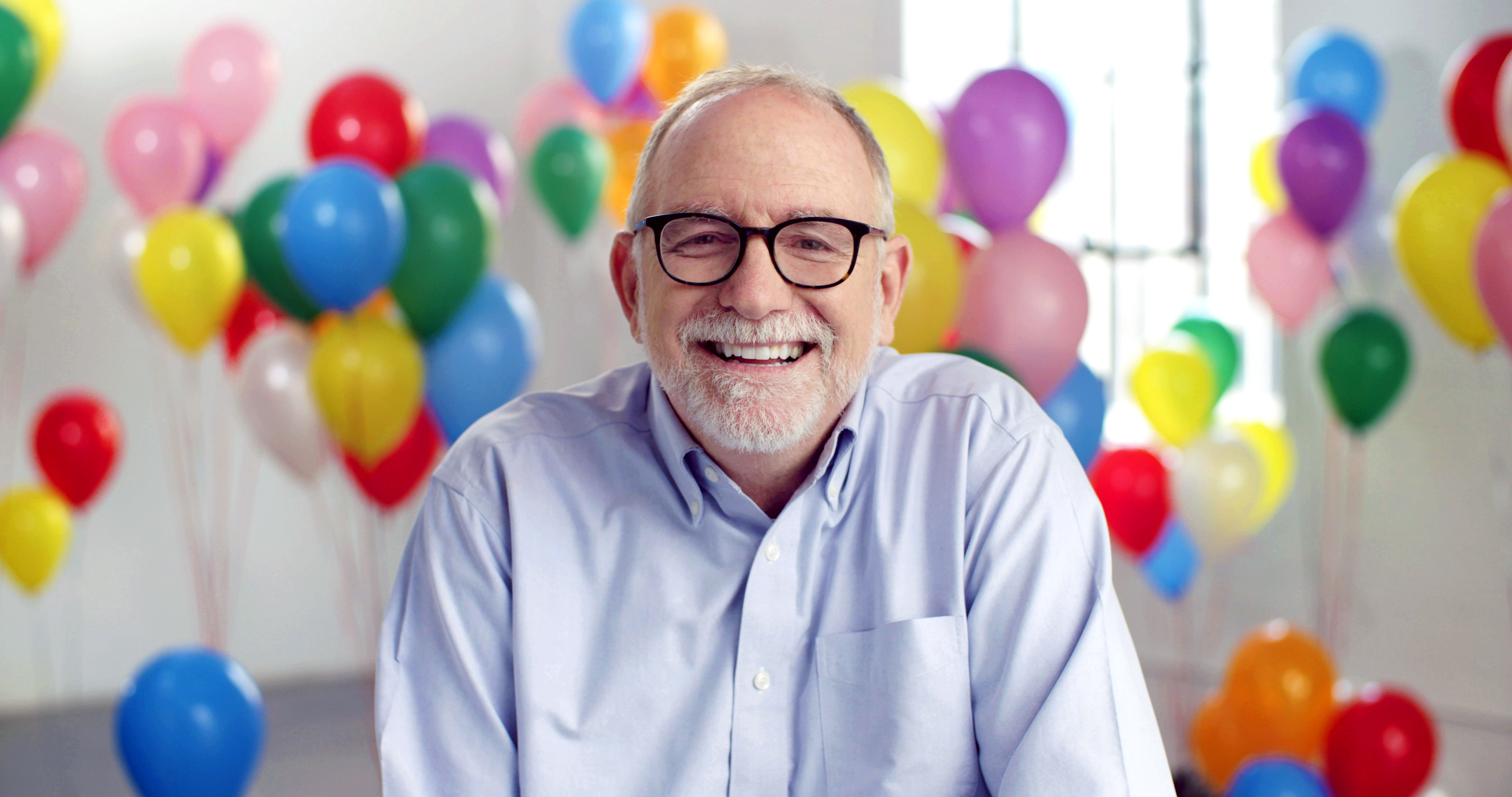 is the founder of Love Does, a nonprofit organization that operates schools and pursues justice for children in conflict areas such as Uganda, Somalia, and Iraq. Bob is a lawyer and serves as the honorary consul for the Republic of Uganda to the United States. He is an adjunct professor at Pepperdine Law School and Point Loma Nazarene University and lives in San Diego with Sweet Maria, their kids, and extended family. 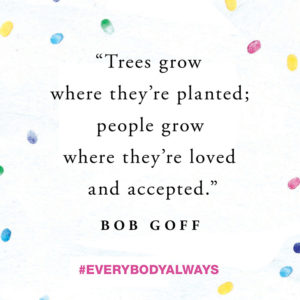 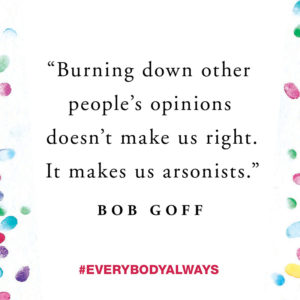 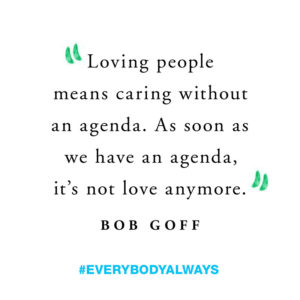 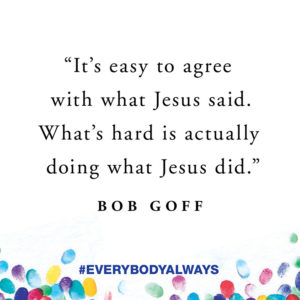 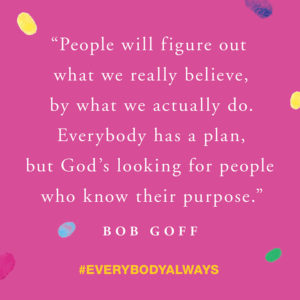 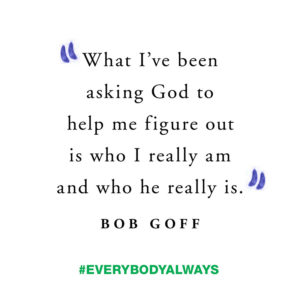 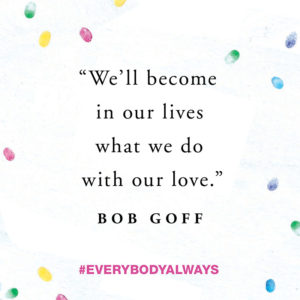 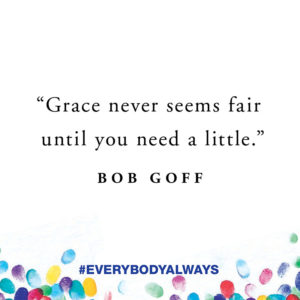 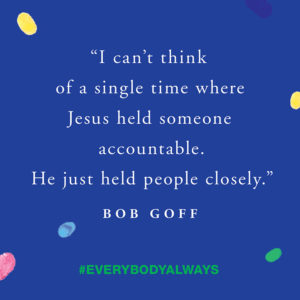 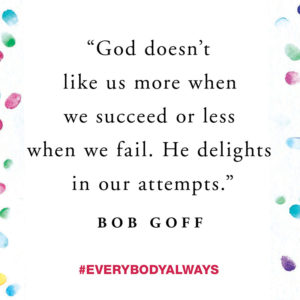 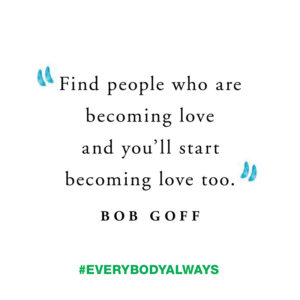 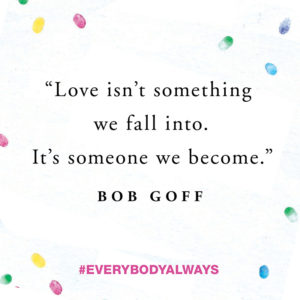