The moving, entertaining, never-before-told story of how one man found his calling.

As a kid in suburban Chicago, Gary Sinise was more interested in sports and rock-n-roll than reading or schoolwork. But when he impulsively auditioned for a school production of "West Side Story," he found his purpose--or so it seemed. Within a few years Gary and a handful of friends created what became one of the most exciting and important new theater companies in America. From its home in a church basement in Highland Park, Illinois, the Steppenwolf Theatre launched a series of groundbreaking productions, igniting Gary's career along with those of John Malkovich, Joan Allen, Gary Cole, Laurie Metcalf, Dennis Farina, John Mahoney, and others. Television and film came calling soon after, and Gary starred in Of Mice and Men (which he directed) and The Stand  before taking the role that would change his life in unforeseeable ways: Lieutenant Dan in the Academy Award-winning Forrest Gump.

The military community’s embrace of the character of the disabled veteran was matched only by the depth of Gary's realization that America's defenders had not received all the honor, respect, and gratitude their sacrifices deserve. In the aftermath of the September 11 attacks, this became Gary's mission. While starring in hits like Apollo 13, Ransom, Truman, George Wallace, CSI: NY, and Criminal Minds: Beyond Borders, Gary has worked tirelessly on behalf of those who serve this country, entertaining more than a half million troops around the world playing bass guitar with his Lieutenant Dan Band, raising funds on behalf of veterans, and eventually founding the Gary Sinise Foundation with a mission to serve and honor America’s defenders, veterans, first responders, their families, and those in need.

Grateful American is the moving, entertaining, profoundly gripping story of how one man found his calling: to see that those who defend this country and its freedoms are never forgotten. 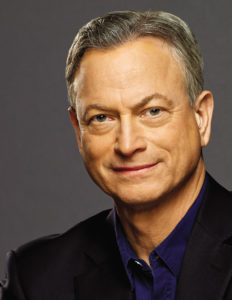 Gary Sinise is an Oscar-nominated actor and winner of an Emmy, a Golden Globe, and two Screen Actors Guild awards, and has been honored with a star on the Hollywood Walk of Fame, all while advocating for America’s veterans for nearly forty years.  For his service work, Gary has been presented with numerous humanitarian awards including the Bob Hope Award for Excellence in Entertainment from the Congressional Medal of Honor Society, the George Catlett Marshall Medal from the Association of the US Army, and the Spirit of Hope Award by the Department of Defense. He was named an honorary Chief Petty Officer by the United States Navy, was pinned as an honorary Marine, and received the Sylvanus Thayer Award at West Point, given to a civilian "whose character, service, and achievements reflect the ideals prized by the U.S. Military Academy." He's also the recipient of the Presidential Citizens Medal, the second-highest civilian honor awarded by the President of the United States to citizens for "exemplary deeds performed in service of the nation. Learn more at www.GarySinise.com.

To receive access to the 360-tour, please order from your preferred retailer, return to this page, and fill out the form below. Enjoy!

STEP 1: ORDER FROM YOUR PREFERRED RETAILER:

STEP 2: FILL OUT YOUR ORDER DETAILS IN THE FORM BELOW FOR ACCESS THE 360-TOUR:

By submitting your email address, you understand that you will receive email communications from HarperCollins Christian Publishing (501 Nelson Place, Nashville, TN 37214 USA) providing information about products and services of HCCP and its affiliates and Gary Sinise. You may unsubscribe from these email communications at any time. If you have any questions, please review our Privacy Policy or email us at [email protected] 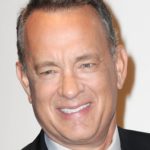 “Gary Sinise writes as he lives, and as the artist and actor he has always been: with American authenticity, purpose, and a conviction that is inseparable from his nature.” 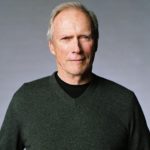 “No entertainer alive today has visited and performed more for our troops at veteran’s hospitals and military bases all over the world than Gary Sinise. For years his foundation has built ‘smart homes’ for our troops that were severely wounded in combat. The book is called Grateful American, and I promise you after you read it you will be grateful for what Gary has accomplished and contributed to our country. He's truly one of a kind.” 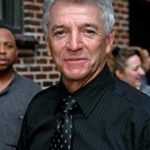 “In my four years in the military, fifty years in show business, and over seventy years on this planet, I have never met a more dedicated American than Gary Sinise. Where does this kind of man come from and where did he get this boundless energy to accomplish so much and still put God, family, and our men and women in the armed forces above himself? Grateful American is an amazing story about a man who had a midlife ‘awakening.’ All who read this book will be grateful that such a man lived in our lifetime.” 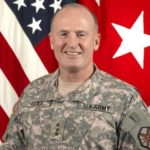 “Gary Sinise’s book is absolutely amazing and provides a clear roadmap of one man's journey to selfless service. He uses his personal story to highlight that journey and stirs us all to do the same. Gary is an inspiration to me and to everyone he comes in contact with—his life is the ultimate example of selfless service.”

Lieutenant General, US Army (Retired), author of Adapt or Die: Battle Tested Principles for Leaders and Work Hard, Pray Hard: The Power of Faith in Action 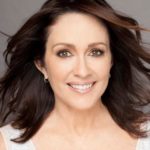 “For many years, I was a huge admirer of Gary Sinise’s work and the fact that when he was only eighteen he started the incredible theater company Steppenwolf. When I was a struggling actress in New York City, I saw him in terrific productions like True West, Balm in Gilead, and The Grapes of Wrath, and his incredible acting was an inspiration to me. Since then, though, Gary has become an inspiration for a completely different reason: he inspires me with who he is as a person. Gary Sinise quietly and consistently brings light and hope to people, serving his fellow man with an attitude of gratitude.” 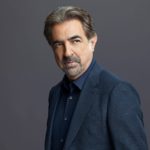 “In singing the praises of Grateful American, I have the added advantage of having known the author for over forty years.  This book is a reflection of someone for whom my admiration by itself would probably fill a book. In reading it you will discover why I’ve been blessed to have this exceptional man, husband, father, and patriot as my dear friend.” 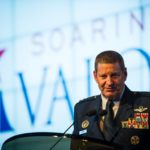 “Grateful American is an incredibly honest and revealing examination of the personal path that each one of us must take to discover our life’s purpose.  Millions of thankful military personnel, veterans, first responders, and their families have benefitted immeasurably from Gary’s journey, and it’s been my distinct honor to participate in many of his inspiring initiatives throughout the years. I’m a grateful American for knowing him!”

An exclusive edition of Grateful American is available for a limited time only at Barnes & Noble.

This edition includes one copy of the book, an exclusive note from Gary, and 3 post cards.

Only available while quantities last! 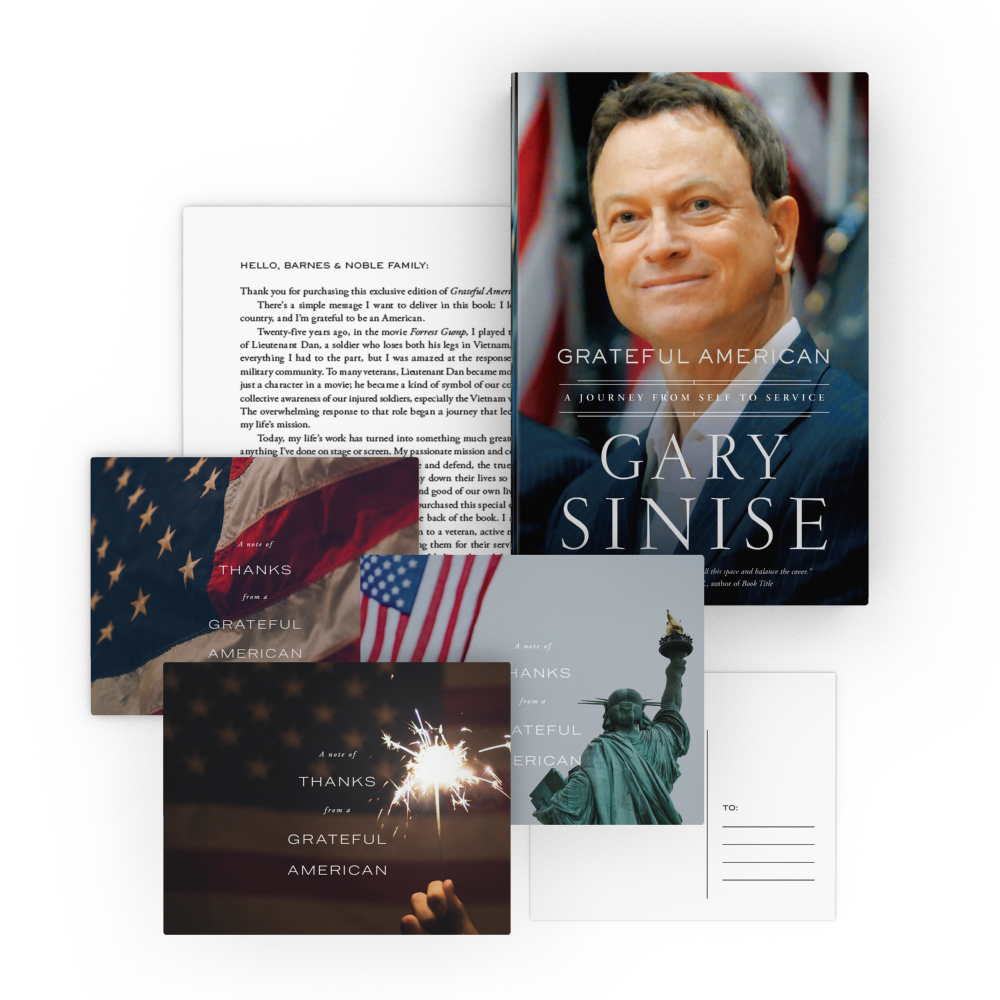 Order a signed copy of Grateful American, only available at Barnes & Noble.