“Ken Costa speaks openly of a faith that so many find foolish, and yet has given him the strongest foundation. His honesty opens a window onto the meaning of the cross and the upside-down world it invites us in: a world that has transformed and shaped him, a world he invites us to explore with him. I hope that many readers will take that journey and discover the transforming love of Jesus that lies at its core.”

"Ken Costa's deep love for God and unashamed defense of the cross of Jesus Christ is mirrored in this book. The perspective of a banker, the mind of a scholar and the heart of a Christian who wants people to love Christ radiates on every page. Caution: this book will make you hungry for God and give you the will to be foolish for the weakness of Christ rather than the strength of the world."

"Ken’s approach is so very helpful to people struggling with the relevance of Jesus, the Cross, the Bible in our world today. The power of the cross and the works of Jesus for us today is what ‘Strange Kingdom’ reveals for all of us on the journey towards God in today’s world."

“Strange Kingdom provides profound wisdom and insight into the most significant events in human history.”

“I love Ken's passion for the Lord Jesus and His finished work at Calvary. May this book inspire and encourage you to receive a fresh revelation of Christ and the power of the cross.”

“My friend Ken Costa has masterfully captured the meaning of Jesus’ actions in his new book Strange Kingdom. I highly recommend it.”

“This book will encourage your faith and deepen your understanding of what the cross means to people in their day-to-day lives.”

“This book reads like one of the old-time classics and Ken has done a deft job of skillfully weaving the importance of our paying the price into present day realities.”

“My friend Ken Costa masterfully captures the meaning of those final moments in his new book Strange Kingdom. It’s a brilliant, fresh perspective that shouldn’t be missed.”

“Yes! This book warms my heart. Ken Costa shares both knowledge and fire, both insight and intimacy. This is a book to be read slowly, to be pondered deeply, and to be shared widely.”

“I am convinced this book is going to do what some time spent with Ken always does, grow your love and understanding of the life in Christ we have been invited to.”

“In his newest book, my good friend Ken Costa masterfully and meticulously gives us an in-depth look at the cross of Jesus and what it means to us in our everyday lives. Filled with relevant and engaging truths, this book will give you a deeper understanding of the value and meaning of the cross.”

“My friend Ken Costa has written a book that will illuminate both your heart and mind with fresh insights on the meaning of the cross, impacting every day of your life, every decision you make, and every date in your diary. A must-read for every believer.”

“Ken Costa has this infectious passion to guide every person he meets to the foot of the cross.”

“My friend and mentor, Ken Costa, understands the human heart and the work of the cross in a way that transcends culture and is as relevant here in Asia as it is in the West. Not since John Stott’s The Cross of Christ have I read a book on the saving work of Jesus that I want to return to again and again as much as this one.” 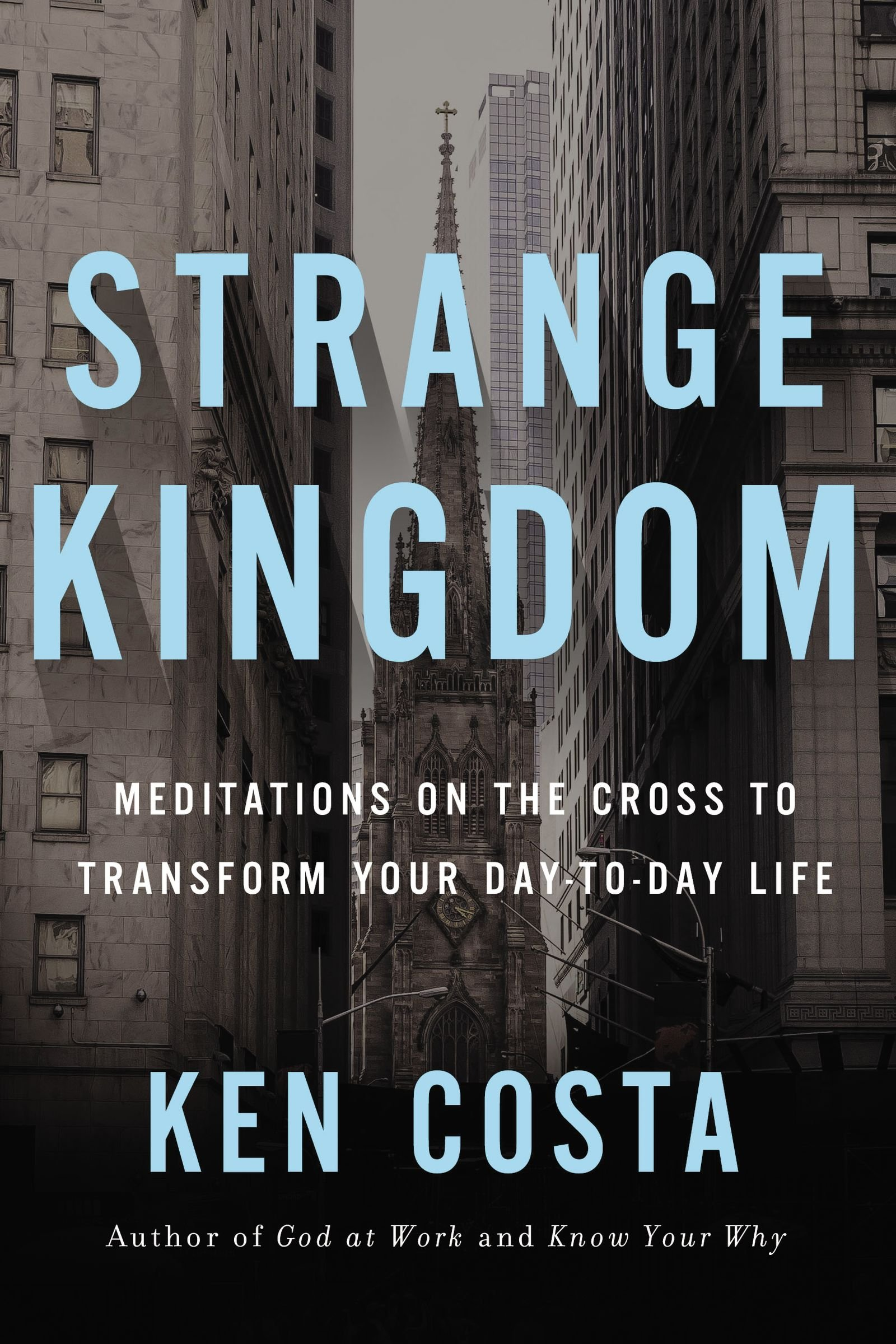 Experience how the power of the cross unleashes meaning and purpose in the midst of your daily life.

This meditative and spiritual reflection by Ken Costa considers the cross and the king who died upon it. Christ’s work on the cross established a kingdom that is strange indeed, if a king died on the cross in order to establish it. It is a kingdom where suffering and abandonment are transformed into the power of presence and live, a kingdom where a King exchanges gifts of great value for worthless dross, where a robber becomes righteous, and a criminal becomes the first citizen of heaven. Spend some time as Easter draws near considering the strange, upside-down kingdom, where broken things are made whole.

Born and raised in South Africa, Ken Costa studied law and philosophy at university in Johannesburg, where he was actively involved in the student protest movement against racial segregation in education. In 1974 he moved to England to study law and theology at Cambridge University before joining the investment bank SG Warburg in the City of London.

Over the next forty years, Ken continued to work in investment banking, becoming Chairman of Europe, the Middle East, and Africa for UBS Investment Bank and vice Chairman of the group’s investment banking business globally. Later, he took on the role of Chairman for Lazard International. During this time Ken worked in mergers and acquisitions, advising global corporations on their international strategies.  He has been involved in many rainmaker deals, including the sale Harrods to the Qatari royal family in 2010. Ken now runs his own consulting firm, and in 2016 he was nominated as one of the top 5 deal advisors of the last twenty years in Europe.

He is the emeritus professor of commerce at Gresham College.  During his term as professor of commerce he gave a series of lectures on reconnecting ethics and finance in the light of the Global Financial Crisis.  He was appointed by the Bishop of London to Chair London Connection, set up in the wake of the Occupy movement camp outside St Paul’s Cathedral.  London Connection is aimed at re-connecting the financial markets with their ethical foundations.

Ken is passionate about people, and particularly young people as they enter the workplace.  His first book God at Work, draws on his extensive experience to explore what it means to live each day with purpose at work.  It emphasises that whilst we are all called to different places, God will draw alongside us, energising us and empowering us for work. On the back of God at Work, Ken has now released two film series to equip people for work, the God at Work Conversations and Strange Kingdom: Meditations on the Cross, both of which can be accessed through www.godatwork.org.uk.

His second book Know Your Why deals with the frequently asked questions, “How do I find and fulfil my calling in life?”  This is a practical guide directed to those in their 20s and 30s.

Besides his commercial work, during the last 40 years Ken has been substantially involved in the leadership of Holy Trinity Brompton (HTB), the largest Anglican Church in the UK, where he preaches regularly. He is Dean of the HTB Leadership College London which trains those in their twenties and thirties to be distinctive Christian leaders in their workplaces. He is Chairman emeritus of Alpha International, having served as Chairman for many years - an evangelistic course, which has so far taught the basics of Christianity to an estimated 24 million people worldwide.  He is Chairman of Worship Central, a movement promoting worship events and courses across the globe. It was through HTB that Ken got to know the current Archbishop of Canterbury, Justin Welby, whose reconciliation and evangelism work he now supports as Chairman of the Lambeth Trust.  He is chairman of the recently launch Reconciling Leaders Network which provides training for those working in reconciling fractured relationships in society.

Given his professional experience, Ken has regularly been asked to speak on financial, ethical, and Christian issues at conferences and churches around the world. As emeritus professor of commerce at Gresham College London, he lectured on finance and ethics in the aftermath of the global financial crisis, and in 2011 he led the London Connection. This was an initiative seeking to encourage dialogue between the financiers in the City of London and the Occupy protesters who took up residence outside St Paul’s Cathedral, which Ken led at the request of the Bishop of London.  This experience means that Ken is frequently featured in the UK press.

Ken was a trustee of the Nelson Mandela UK Children’s Fund for over ten years, a member of the advisory board of the London symphony orchestra and is currently fundraising patron for Great Ormond Street Children’s Hospital, one of the leading children’s hospitals in the world.  At Great Ormond Street he was responsible for establishing the highly successful Tick Tock Club which has raised approx. GBP 30 million for the hospital.  He is married to Dr Fiona Costa, a classical musician and research fellow at the University of Roehampton, and they have four adult children. 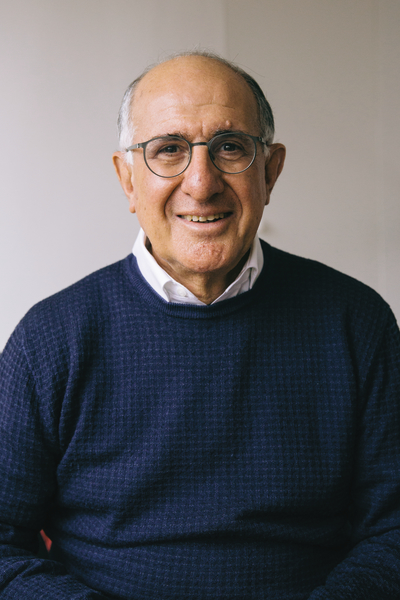