About The Mission Walker

She had faced down death.

Now she was ready to change her life forever.

El Camino Real—which stretches from Loreto, Mexico, to north of San Francisco, California—crosses through some of the most deserted, desolate landscape in the world. At sixteen hundred miles long, it covers roughly the distance between Boston and Houston, as the crow flies. But instead of traveling it via a few hours’ flight, imagine walking the entire way . . .

And instead of being the picture of health when you set out, imagine having undergone six years of aggressive chemotherapy, radiation, and invasive surgeries in your fight against stage 4 cancer. And to make things extra challenging, you’re down to just one lung and a fragment of the other.

When Edie Littlefield Sundby was diagnosed with metastatic cancer and given only three months to live, she vowed to fight.  She sought out the best care that the medical community could offer, and she relied on the faith she had inherited from her cotton-farmer parents.  But Edie also found healing through movement. Edie knew that if she was still walking, she was still alive.

Though she had never hiked more than a few miles at a time, Edie decided to walk the entire eight-hundred-mile Historic California Mission Trail—the northern segment of El Camino Real—which links twenty-one missions from San Diego to San Francisco. Undeterred by physical and emotional pain, she searched for restoration and hope.

And then, two years later, her cancer returned. With no time to lose, she set out to walk the remaining eight hundred miles of El Camino Real, from its origin in Loreto, Mexico, north to the US border. If she succeeded, she would be the first person to complete the journey since the Franciscan father Junípero Serra walked the entire sixteen hundred miles in the 1770s.

The Mission Walker is both an adventure story and a reflection on the universal experience of confronting our own mortality. A journey of a thousand miles starts with a single step. Edie’s story shows that the sum of a million steps is a life forever changed. 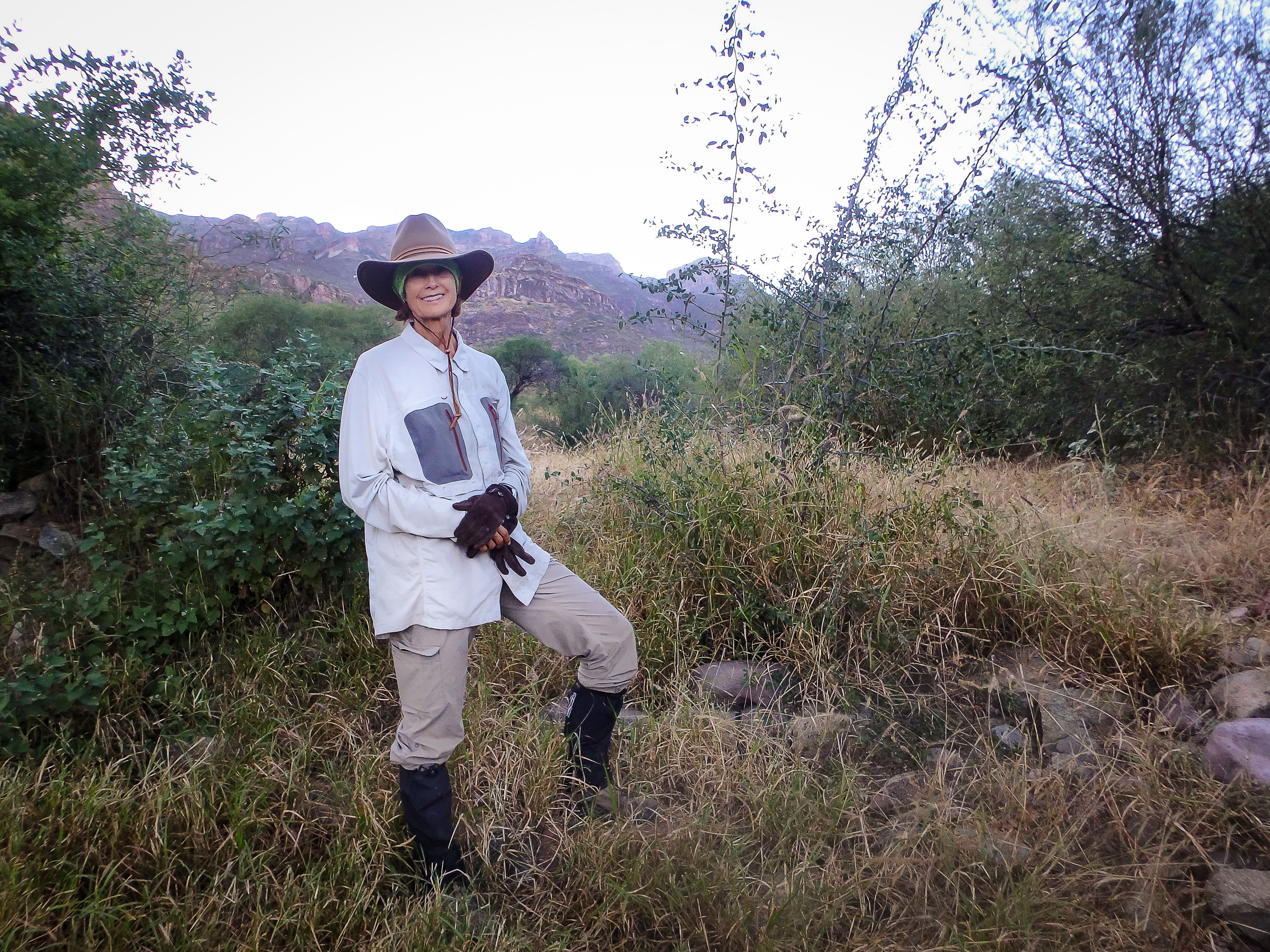 Edie Littlefield Sundby was born the second youngest of twelve children on an Oklahoma cotton farm without electricity and running water. She went on to graduate from the University of Oklahoma and became one of the first female sales executives at IBM and later a VP for Pacific Telesis. She was diagnosed with stage 4 gallbladder cancer and was given less than three months to live.  Despite 0.9% odds of survival, one million milligrams of chemo, and four major surgeries, she is the only person to have walked the 1,600-mile California Mission Trail from Loreto, Mexico, to Sonoma, California. Her essays have appeared in the Wall Street Journal and the New York Times.